About one month has passed since Metrology Camera was shipped from Taiwan. Now it has arrived at Subaru Telescope at Maunakea in Hawaii.

After shipping, from 23 April 2018, members from Academia Sinica, Institute of Astronomy and Astrophysics (ASIAA) visited to Hawaii Observatory of National Astronomical Observatory of Japan for final development. At Hilo base, ASIAA inspected Metrology Camera and confirmed it had no image or no critical degradation due to shipping.
Besides, members from Kavli IPMU and Princeton University in charge of software modules development also visited Hawaii Observatory, to prepare to operate the camera in an equivalent way to real operation at Subaru Telescope.  We configured the PFS computers which had already been set at Subaru, and developed software modules to integrate PFS software to Subaru software modules. 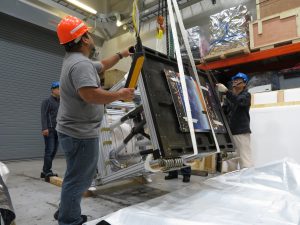 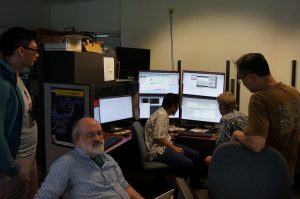 Development work at Hilo base

After we finished working at Hilo base, on 1 May 2018, the Metrology Camera was transported to the Subaru Telescope on the summit of  Maunakea. 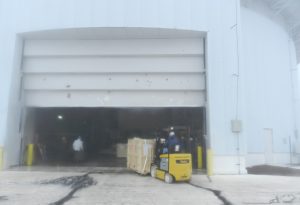 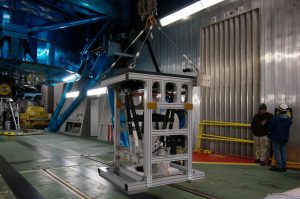 From the next day, ASIAA started working for final integration and performance test. Firstly, we have checked image quality, setting on the pin-hope mask 18m(*) away from the Metrology Camera. 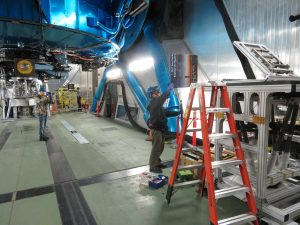 In the next a few month, we will visit Subaru several times for integration and test. We are going to install achromatic lens, align the optics, and test image quality. Then Metrology Camera is going to be installed to the container to attach on the telescope. After that, we are going to carry out the final tests on the telescope.