The PFS instrument catches the light from galaxies and stars using fibers on the prime focal plane of the Subaru Telescope. 57 fibers and their positioners called “Cobra” are assembled to one module called “Cobra Module” by the team from Caltech, NASA Jet Propulsion Laboratory (JPL) and the Brazilian team in collaboration.

In December 2017, we had a joint work envisioning the shipping of the first “Cobra Module”. After that meeting, the team of Caltech and JPL tested the module to know the characteristics such as focus position and aiming angle, and to confirm the performance of the Cobra moves. Then in March this year, the first “Cobra Module” was shipped to Taiwan finally. 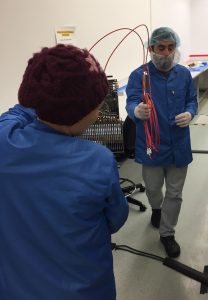 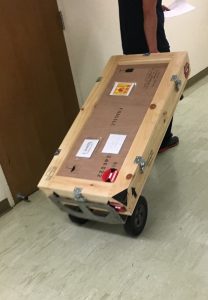 This first module will be a spare actually, but it is identical to the operation modules. Using this spare module, the team from Academia Sinica Institute of Astronomy and Astrophysics (ASIAA) and their partner ASRD of CSIST (Aeronautical Systems Research Division of Chung-Shan Institute of Science and Technology) are developing fiber positioning software. In parallel, they are preparing for the integration of the entire Prime Focus Instrument; for example, they have measured the deflection of the bench accommodating the “Cobra Modules” when the instrument is tilted. 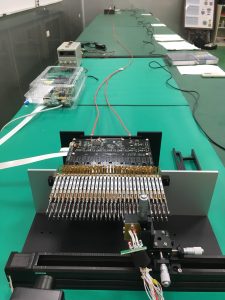 “Cobra Module” under the test in Taiwan. 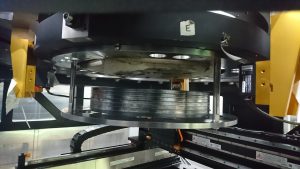 Deflection test of the optical bench.

In California, the team are continuing the assembly and test of the second and third “Cobra Modules”.