At California Institute of Technology (Caltech,  USA), the fiber positioners “Cobra” are assembled into a module (so-called “Cobra module”) by the teams from Caltech, NASA Jet Propulsion Laboratory (JPL) and Brazil in collaboration. As highlighted in the previous article, the first Cobra module has been assembled, tested and calibrated,  so will be shipped soon to Taiwan, where the Cobra modules will be integrated to the whole Prime Focus Instrument (PFI) by the team from Academia Sinica Institute of Astronomy and Astrophysics (ASIAA) and their partner ASRD of CSIST (Aeronautical Systems Research Division of Chung-Shan Institute of Science and Technology).
Envisioning this, the members from the Taiwanese institutes visited Caltech in the middle of December for 1.5 weeks, in order to learn how to handle the Cobra module and how to operate & test it, as preparations for the work in Taiwan.

Figure 1. The Cobra module packed in the special shipping box.

During the visit, as if the module arrived in Taiwan, they tried to follow the workflow step-by-step together with the members from Caltech and JPL: Starting from opening the shipping box and taking the module out of it (see Figure 1), they set it onto the test bench (see Figure 2), and walked through individual check points needing attentions.  After that, they leaned how to use the software for functionality check and initial calibration of the positioners, and how to analyze the data. 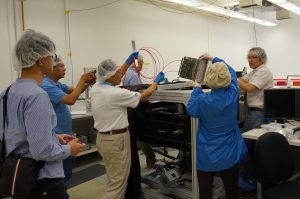 Figure 2: The module being installed onto the test bench.

To move the fiber tips onto requested positions, ASIAA and JPL have been developing the software modules. ASIAA is in charge of coordinating and sequencing the individual processes such as measuring the current fiber positions and commanding moves of the positioners, while JPL has the responsibility in actually moving individual positioners according to the commands.  During these 1.5 weeks, they worked together to integrate these software modules. In addition to PFI, ASIAA has been developing another instrument, called Metrology Camera System

, to measure the fiber positions with small telescope system. Caltech and JPL has been using a similar system for their test activities at the lab to calibrate the positioners, and they already have a large amount of know-hows about the behaviors of positioners and metrology camera. So the operation of this fiber positioning sequence and data analysis in this regard were another topics where they had productive face-to-face discussions. 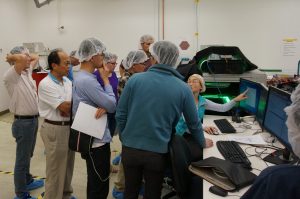 Figure 3: Demonstration of the software to operate the Cobra positioners in the module sitting on the test bench.