To operate the subsystems integrated, safely and stably, we have the system to control the entire instrument by coordinating the individual control systems for each sub-instrument. Besides, we have infrastructures shared among all control systems, such as storage, logger, backup basement, and virtual machine clusters. The infrastructure is prepared by Kavli IPMU, and it passed the review meeting with the Subaru telescope last March.

From late September to early October, the PFS storage and computers were shipped to the Subaru telescope, where they were installed, and the initial configurations were established. 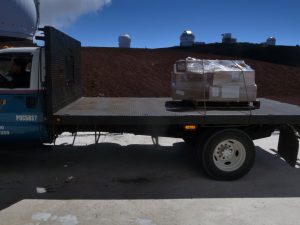 (PFS storage and computers delivered to the Subaru telescope) 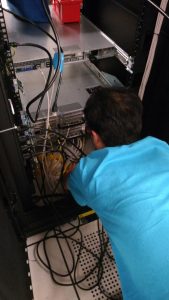