Among the PFS instruments, “Cobra” modules position fibers to galaxies and stars on the Subaru Prime Focal plane. 42 Cobra modules, each of which consists of 57 fibers and its positioners, cover the entire PFS field of view without any inaccessible gaps as shown in Figure 1.

Since the first Cobra Module was shipped to Taiwan, the two groups have been integrating several modules with optimizing its assembly procedure. In the end of January 2019, 5 modules (corresponding to the thin blue ones in Figure 1) were shipped to Taiwan. 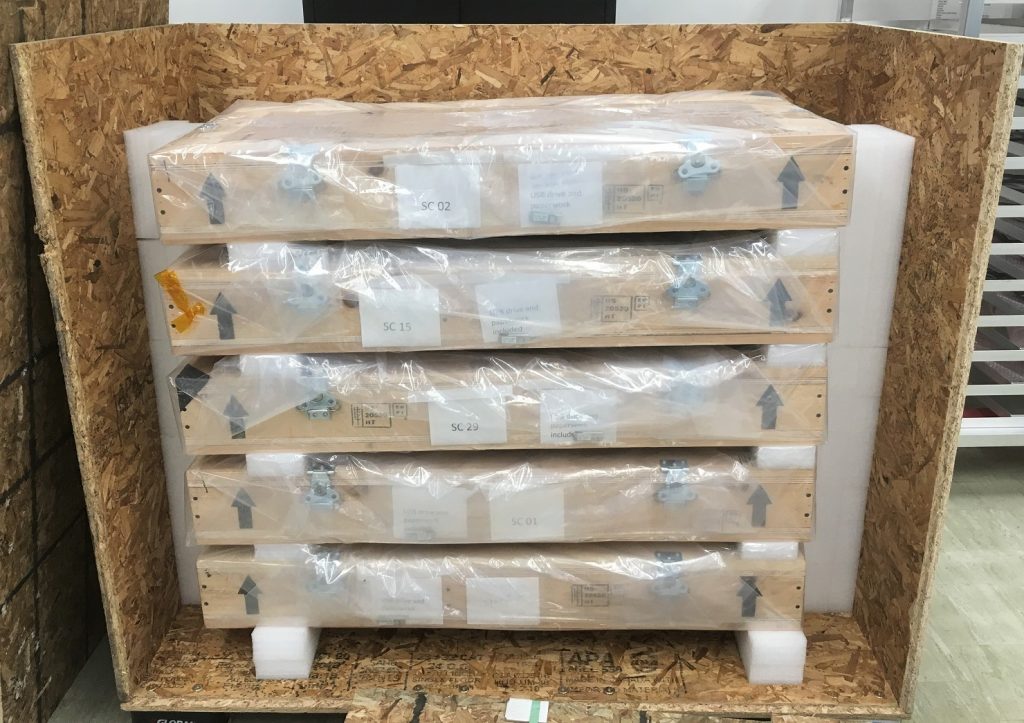 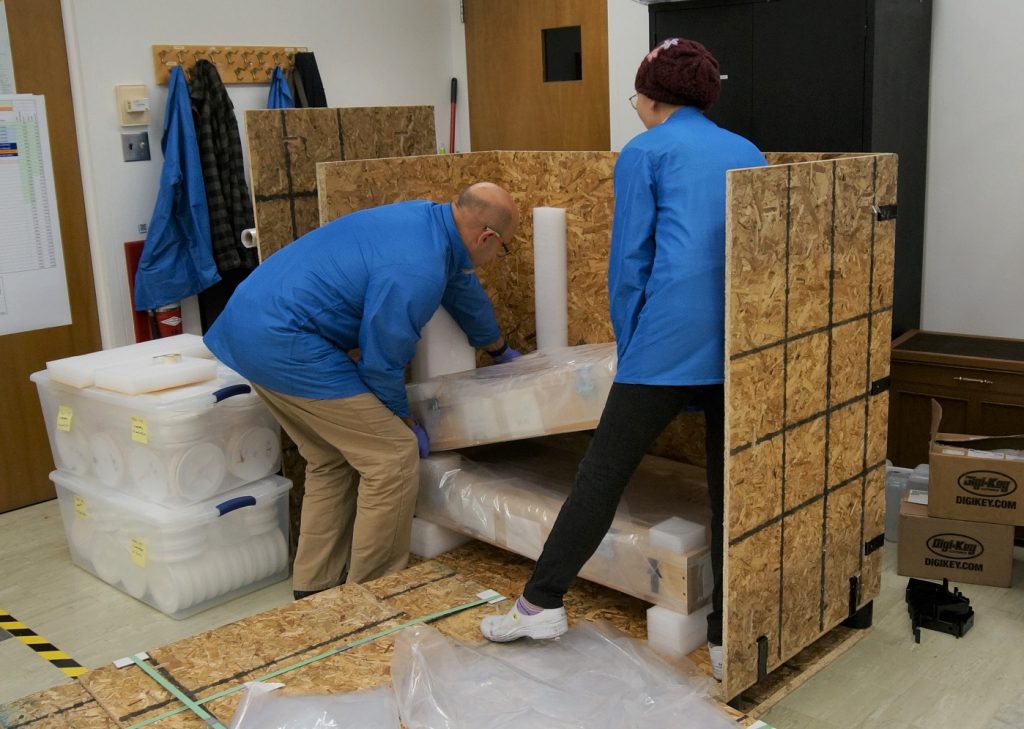 In Taiwan, ASIAA (Academia Sinica Institute of Astronomy and Astrophysics) and their subcontractor have been not only testing the first Cobra module, but also integrating the Prime Focus Instrument. After receiving the five modules, they are going to install spare modules onto the optical bench first to consolidate the secure installation process. Then they will start installing the science (i.e. non-spare) modules to be used for actual observation.