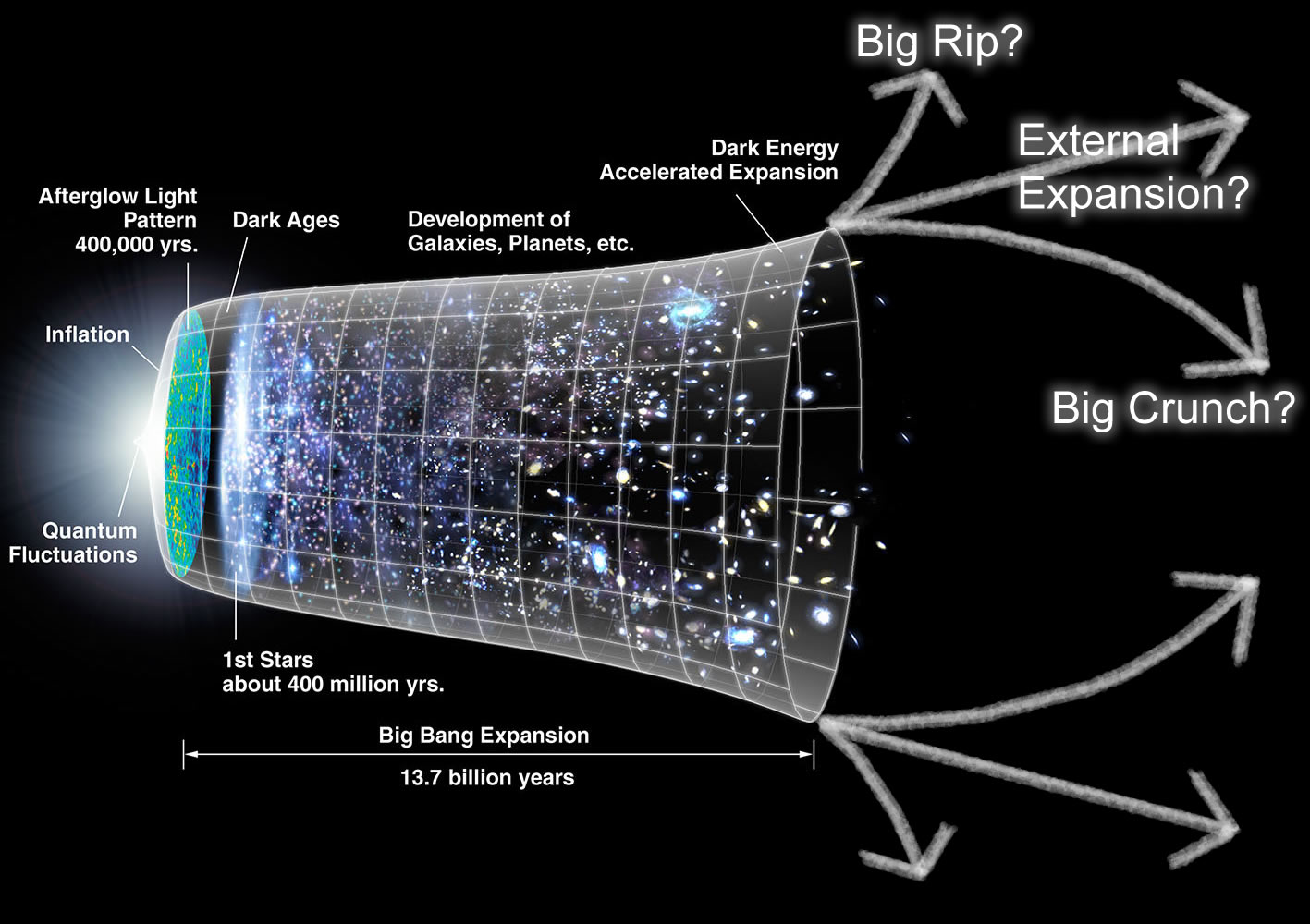 Cosmology -- Does the Universe have an End?

The expansion of the universe is accelerating! This is the most intringuing problem in cosmology.
It either requires the introduction of a mysterious form of energy, "Dark Energy," or a breakdown of Einstein's General Relativity theory of gravity on cosmological scales. To distinguish between these, the Subaru PFS will observe the expansion history of the universe and the way in which cosmic structures form inside it.

Subaru PFS will conduct a cosmological survey over 1400 square degrees in the sky and measure the distribution of the galaxies within an unprecedented large volume of 9(Giga parsec/h)^3. The cosmology survey will enable us to measure the Hubble expansion rate of the universe and density of the dark energy precisely.
These careful measurements will reveal truths about the future of the Universe. Will its expansion ever stop and reverse course? Will it expand forever? Or will the acceleration continue unabated, eventurelly culminating in the "Big Rip"!?