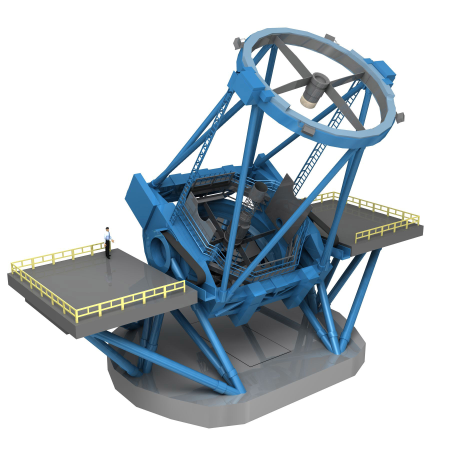 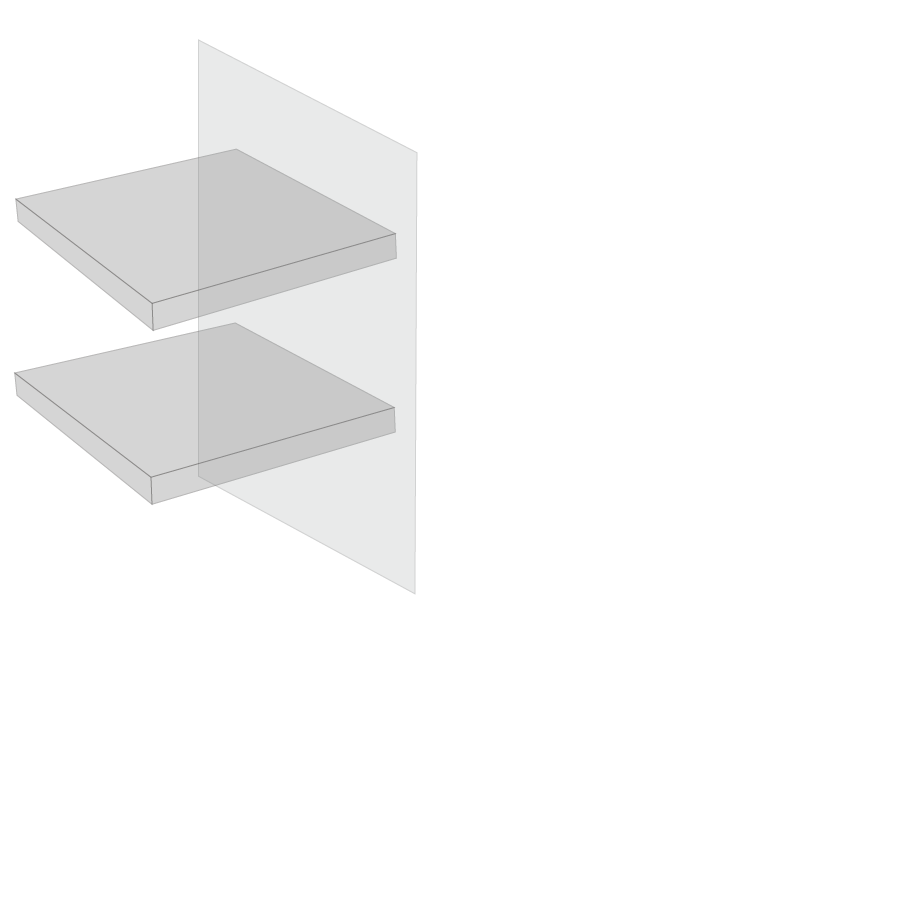 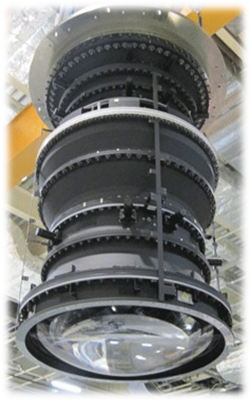 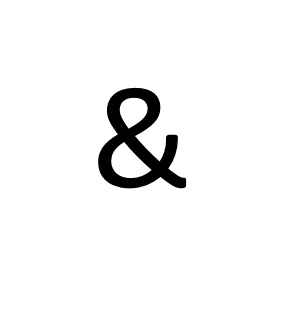 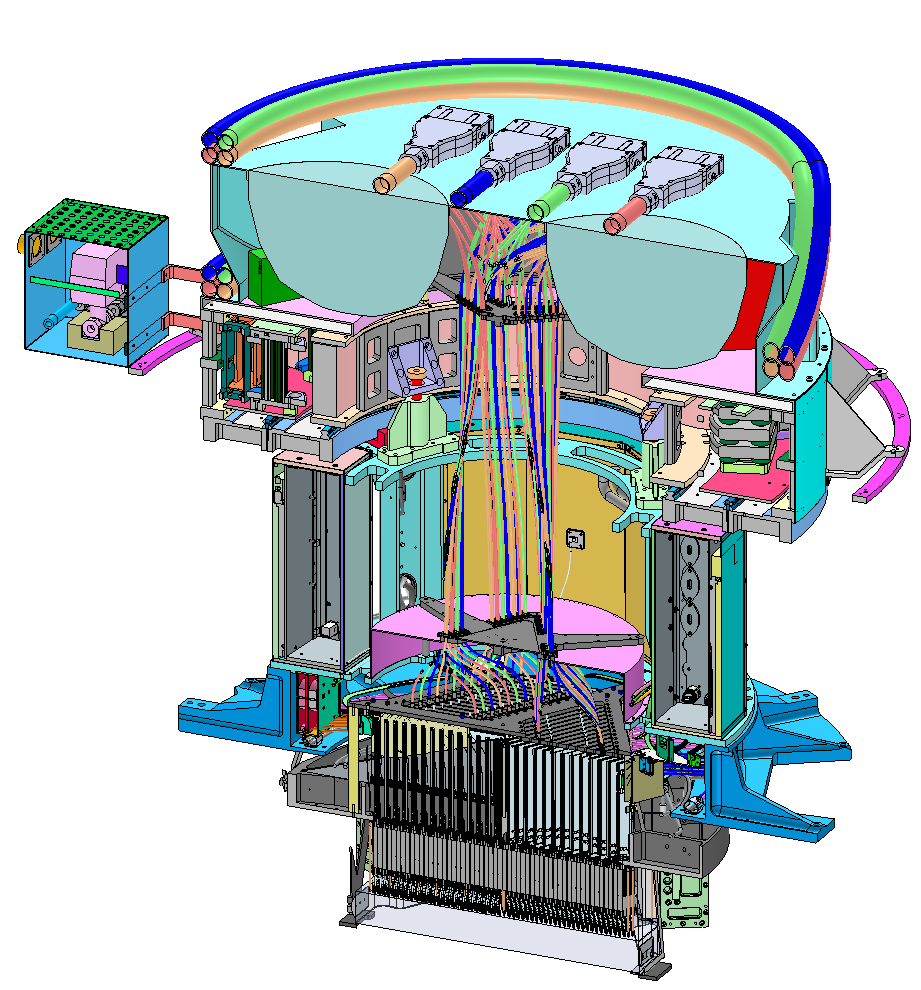 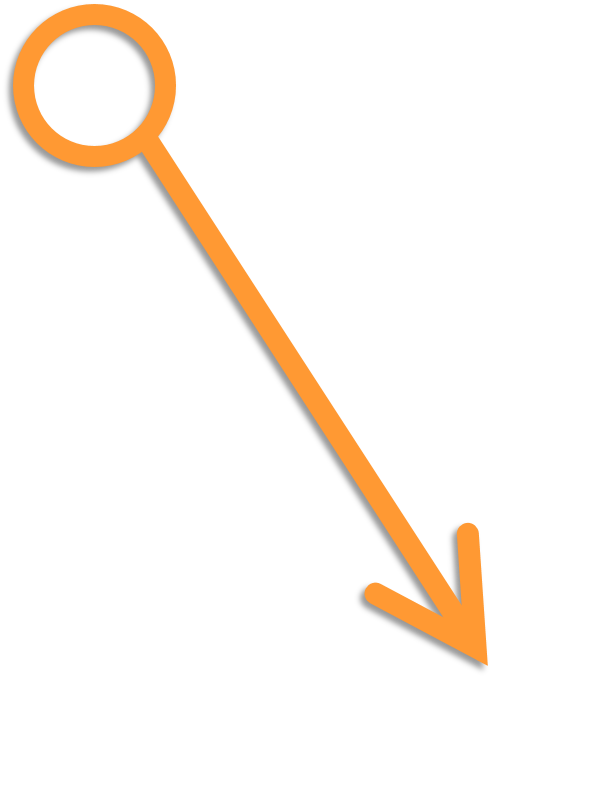 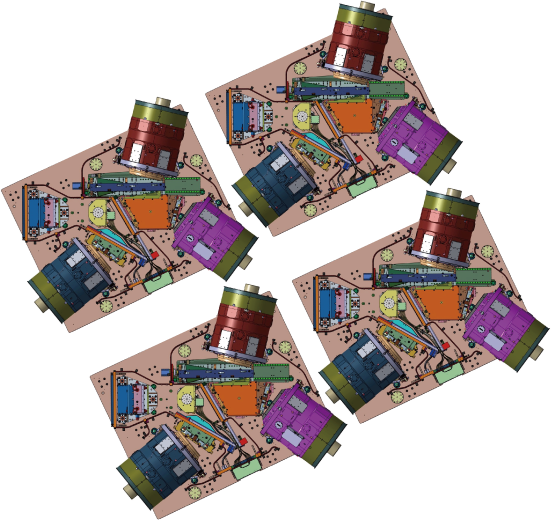 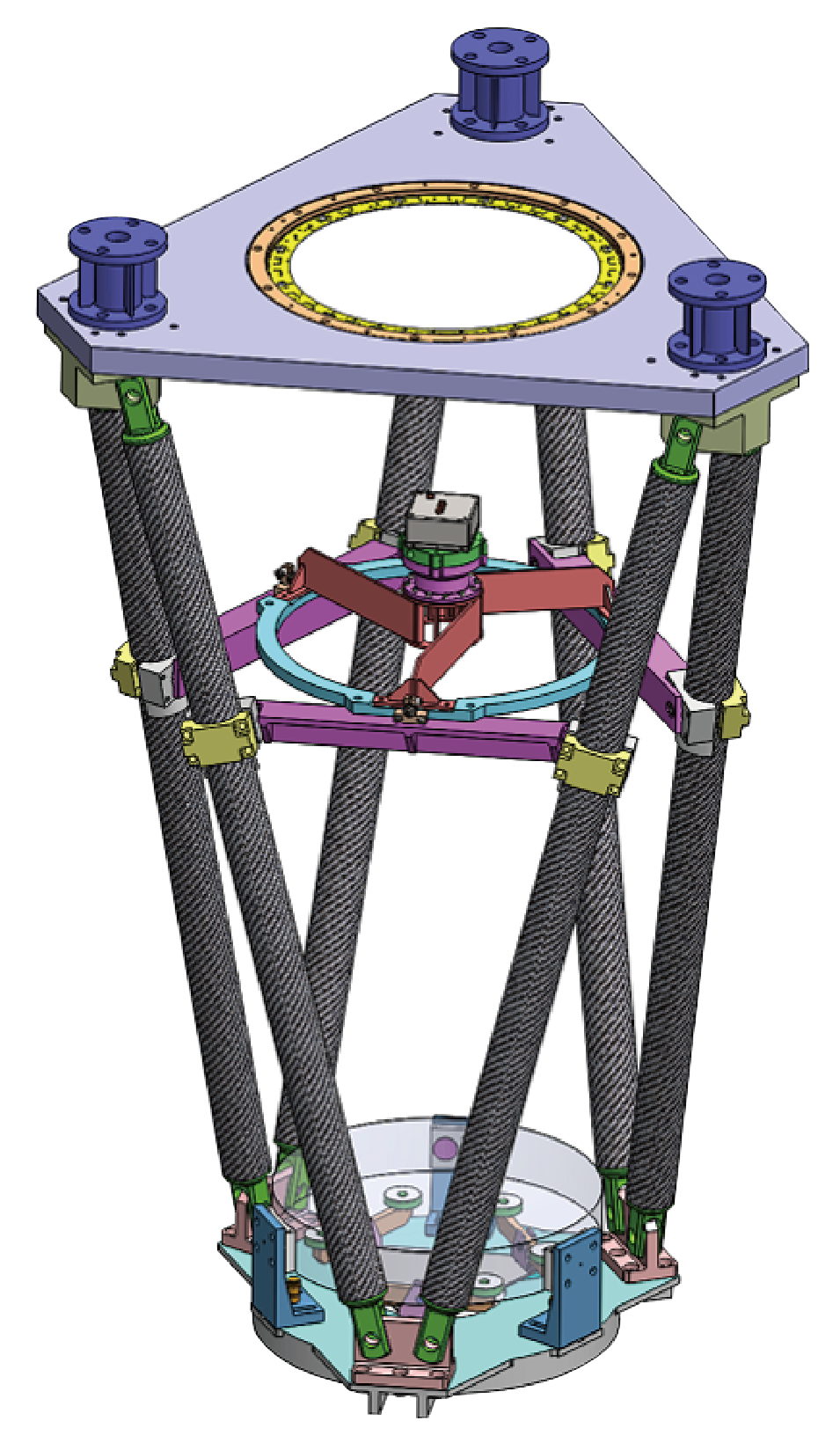 The Subaru Prime Focus Spectrograph (PFS) is a spectrograph system with a fiber positioner system to be mounted at the prime focus of the Subaru telescope. The instrument allows simultaneous spectral observation of up to 2400 astronomical targets in a wide field of view of 1.3 degree diameter at a time.

WFC is the optical system consists of 7 lenses designed and developed by Canon to correct imaging aberrations for Hyper Suprime-Cam (HSC) and PFS. The first lens (the bottom most lens in right picture) is 820 mm (32inch) diameter wide effective area and the total lens system is 1845 mm (73inch) long. 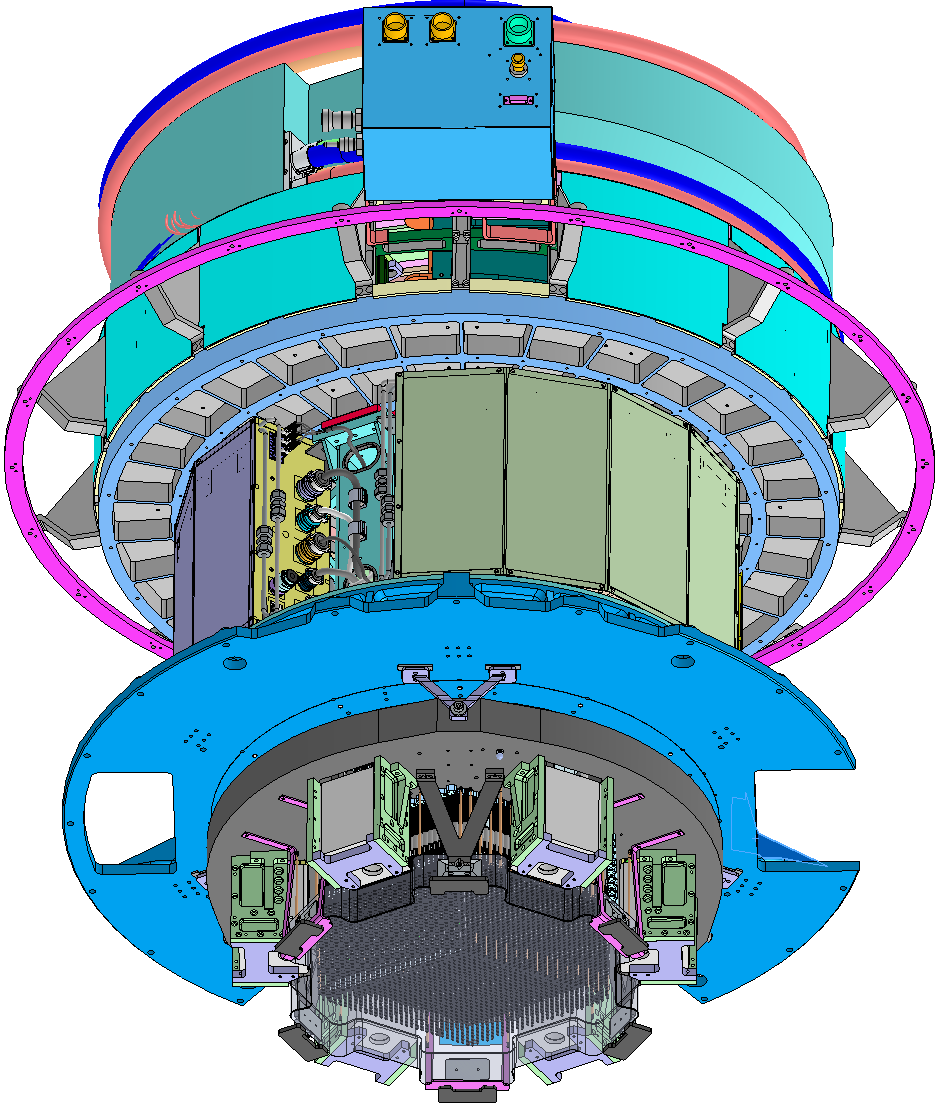 Prime Focus Instrument (PFI) is the instrument installed on the Prime Focus of the Subaru telescope with WFC. At the focal plane, ~2400 fibers are paved across the ∼1.25 deg^2 field. PFS/PFI uses two types of the fibers: the 2394 science fibers and the 96 fiducial fibers. Each science fiber is attached to a small actuator and moved to the location of celestial objects on the focal plane. The fiducial fibers are fixed and used as the position reference when the science fibers are moved. The fibers equip with microlens on their surface to make F-ratio slower (F/2.8) and reduce degradation of image quality after passing through the long fiber cable. In front of the fibers, ~54mm-tick glass called field element is installed to have the same image quality as HSC. The field element has opaque dots to hide the fibers and shut the light coming to them. By doing so, more sparse spectra can be taken by Spectrograph, which enables better understanding of the spectra on the detectors. At the edge of the field of view, six imaging cameras are accommodated for sky-field acquisition and auto guiding. (See this page for the detailed specification.) On the top pf PFI, there calibration lamps (one is continuum and the others are arc lines) are accommodated to uniformly illuminate the screen on the dome ceiling.
ASIAA, Caltech, Princeton University, Brazilian consortium, NAOJ, and Kavli IPMU are contributing to the development of PFI. PFI was delivered to Subaru telescope in 2021.

Each science fiber tip is controllable in-plane by the fiber positioner, nicknamed "Cobra". Cobra is a piezo actuator with the two rotational axes produced by New Scale Technologies inc. The fibers, whose patrol regions is 9.5mm in diameter, are packed in a hexagonal pattern with 8mm separation. The overlap between adjacent patrol regions enables 100% sky coverage of the hexagonal field.

Movie of a prototype of Fiber Positioner "Cobra"

Movie of 2400 Cobras on the PFI focal plane 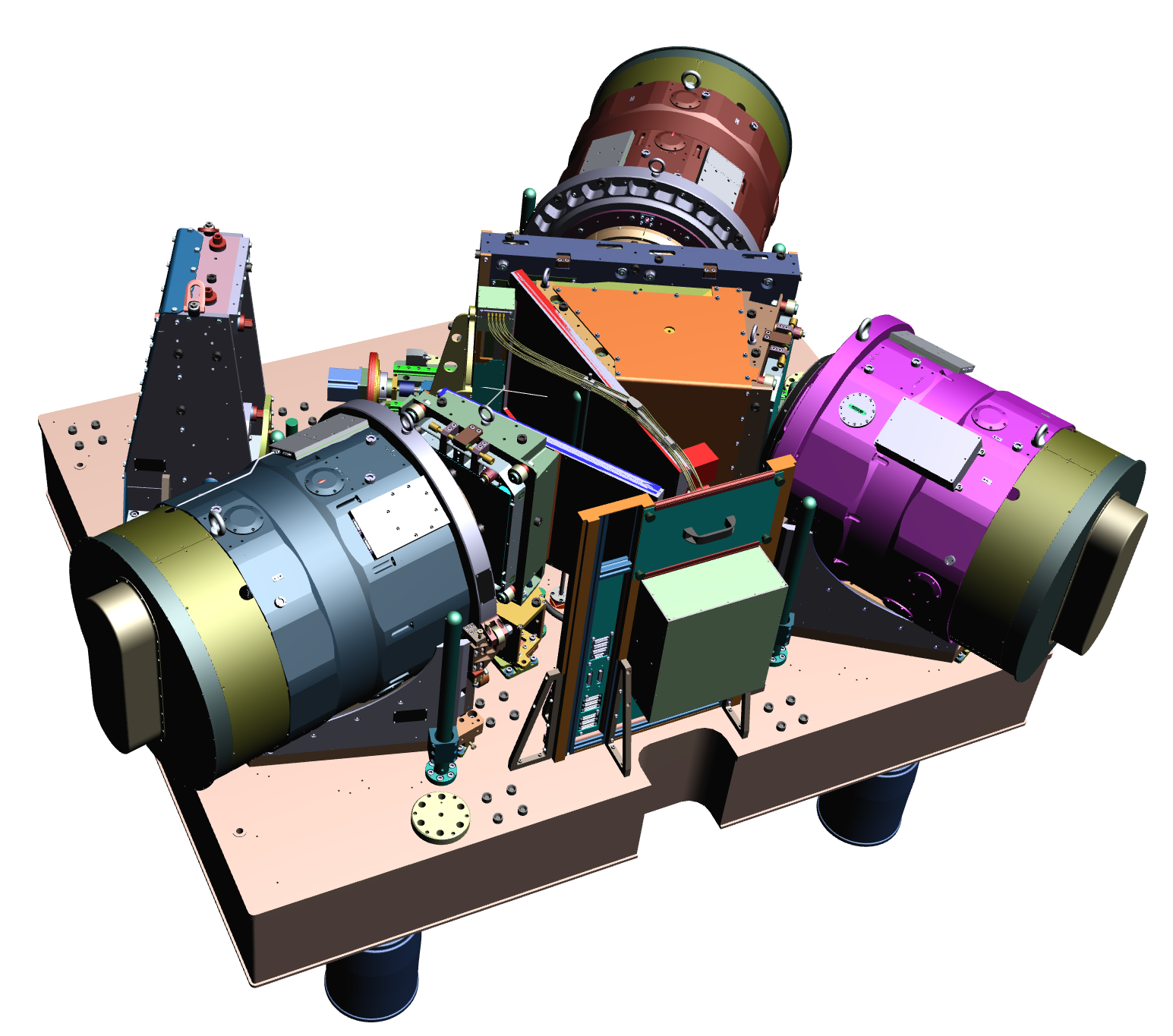 The four, identical spectrographs modules provide the simultaneous measurements of ~2400 spectra. Each spectrograph module has three independent channels (blue, red and nearinfrared) separated by two dichroic mirrors so that it can cover a wide wavelength range from 0.38 micron to 1.26 micron in one exposure. Resolution is low (a few thousand) using VPH grating, and the red channel has also the medium resolution mode by switching VPH grating. (See this page for the detailed specification.) The Spectrograph modules also have the system to back-illuminate ~2400 science fibers to position the fibers on the Subaru prime focal plane.
LAM, JHU, Princeton University, Brazilian consortium, Kavli IPMU and their partner Winlight System are contributing to development of SpS. The first Spectrograph module with blue and red channels was delivered to Subaru telescope in 2019.

The Spectrograph modules are accommodated in the dedicated clean room on the forth floor of the Subaru dome building. In the clean room, the temperature is controlled at 5+/-1 degC to minimize the thermal effect on optics and mechanics.

Metrology Camera System (MCS), attached to the Cassegrain Focus of Subaru Telescope, measures the positions of the fibers on the Prime Focus. MCS takes the image of all the 2400 fibers in a single exposure using a large format (8960 pixels x 5778 pixels) CMOS camera. Primary mirror of MCS is 380mm in diameter to average out the local surface error of WFC.
ASIAA contributed to development of MCS. MCS was delivered to Subaru telescope in 2018.

The fiber system consists of ~2400 optical fibers which relay light collected through the WFC at the focal plane to four spectrographs located in a room adjacent to the telescope. The fiber cable consists of the three parts, to develop and operate the instrument easily. One part is accommodated in PFI as fiber modules with their positioner "Cobra", one part is integrated to SpS as fiber slit assembly , and the other is developed as long fiber cable routed on the telescope and in the dome building. The total length of each fiber is 65 meters, and are assembled into four groups providing 600 inputs to each spectrograph. In addition to the ~2400 science fibers, the monitoring fibers are accommodated to check connection at installation.
Brazilian consortium, Princeton University, and Kavli IPMU are contributing to Fiber System development. The 1st phase production of the long fiber cable was done by PPC Broadband, inc. The first, and the second long fiber cables were delivered to Subaru telescope in 2020 and 2021, respectively. 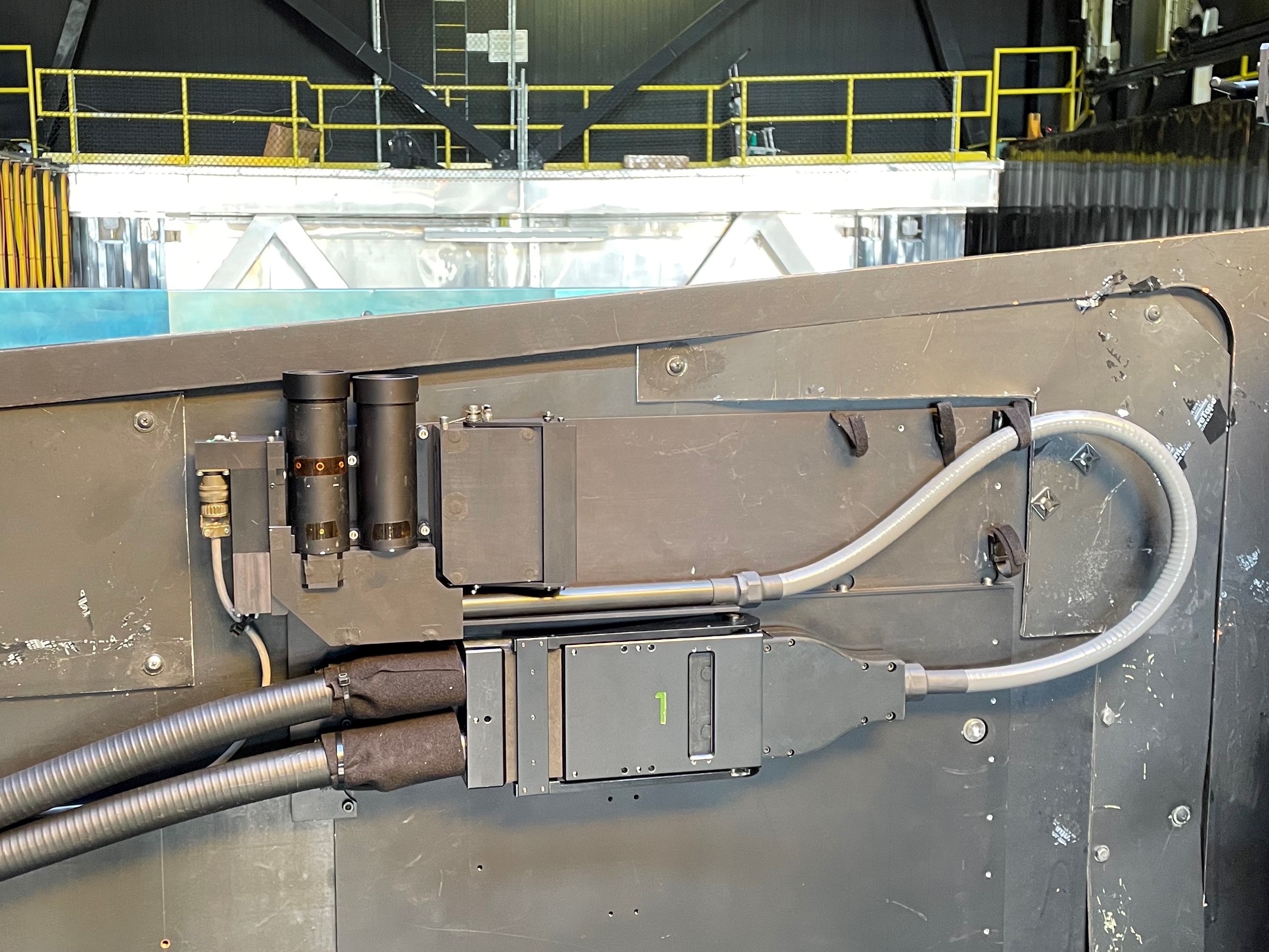 SuNSS equips two small (35mm diameter) telescopes with short (~ 1m) fiber cables installed on the Subaru telescope spider arm. The light from the sky is fed through the short fiber cables to the PFS on-telescope fiber cable and Spectrograph System. This enables PFS observation of the sky as long as the dome shutter is open, with no interference against the main observation of the Subaru telescope. FoV and F-ratio of SuNSS telescope is the same as PFS. One telescope (imaging mode) observes the sky as it is, and the other (uniform mode) observes the sky diffused by the diffuser. Both telescope has 127 fiber array on the focal plane, so 254 spectra are taken by one Spectrograph.
Princeton University, and Brazilian consortium contributed to SuNSS development. SuNSS was installed in 2021.