The sensitivity information below is still preliminary and is subject to change in the future.

Note: These estimates are based on the PFS exposure time calculated developed by C. Hirata arXiv:1204.5151 under the following assumptions: 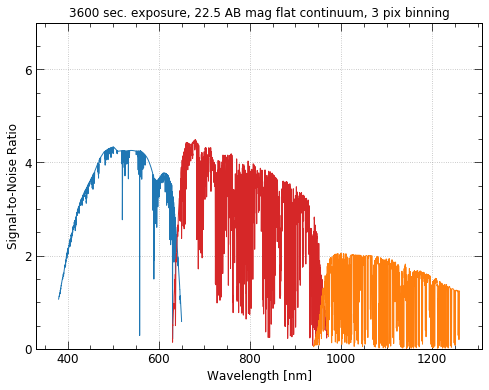 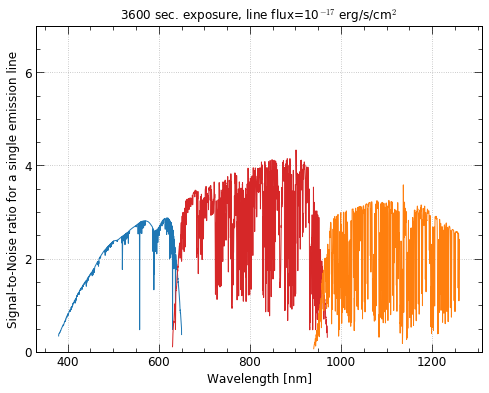 Fig. 1. S/N expected for continuum (left) and emission line (right) in case of the total on-source integration time of 1 hour. Flat continuum of 22.5 AB mag and line flux of 1 &times 10-17 erg/s/cm2 are assumed. For the red arm, only the low resolution result is shown. 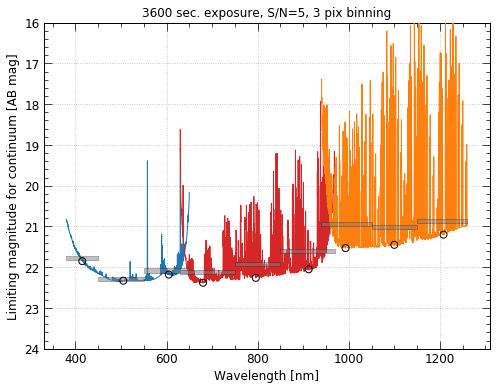 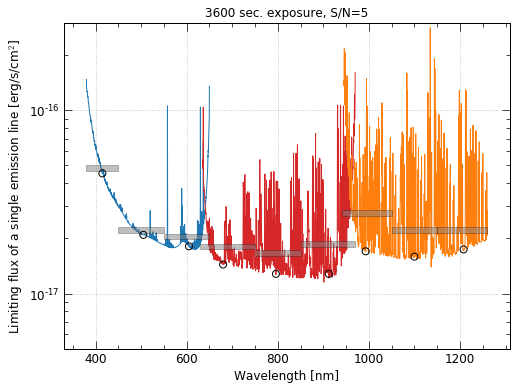 Fig. 2. Limiting magnitude for continuum (left) and limiting flux of a single emission line (right) to achieve S/N=5 in case of the total on-source exposure time of 1 hour. The gray horizontal bar indicates the average value while the open circle shows the representative value in the specific wavelength range. For the red arm, only the low resolution result is shown. 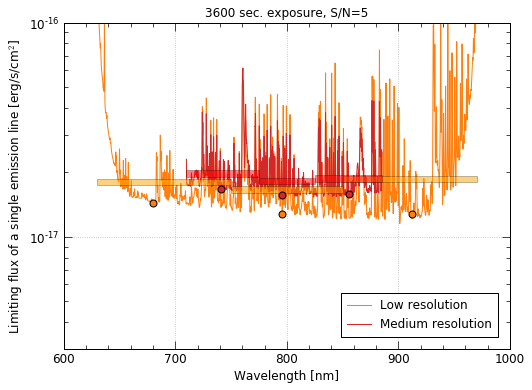 Fig. 3. A similar plot to Fig. 2, but for the medium resolution mode.

Moonlight effects on the limiting magnitude are presented below. Using the PFS exposure calculator (see above), the limiting magnitude requried for S/N=5 in case of 900-sec exposure time is compared among three cases: Night skys with new moon, half moon, and full moon. The assumptions in the calculation are the same as the above, except for the systematic sky subtraction error (no error is assumed here). 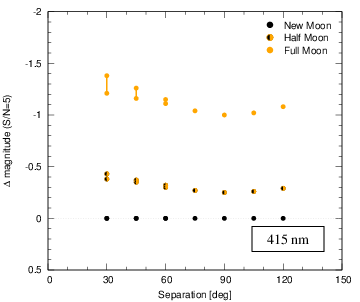 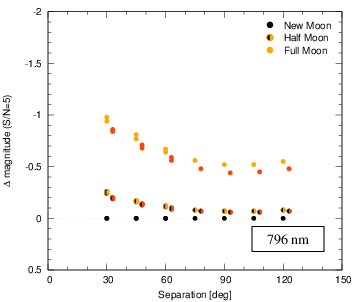 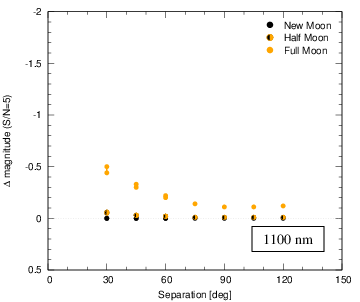 Fig.4. Comparison of the limiting magnitude (S/N=5 with a 900-sec exposure) for continuum at 415 nm (left), 796 nm (middle), and 1100 nm (right), as a function of the separation angle between the object and the moon. The difference in the magnitude from the dark night case (i.e. new moon) is plotted. At a separation angle lower than 60 deg., calculations were performed for various combinations of the zenith angles of the moon and the object keeping the separation angle constant, and the variation among the individual results is indicated by the vertical stretch of the plot at a given separation angle. In the red arm, the effects in the MR mode are also plotted with a small horizontal shift. 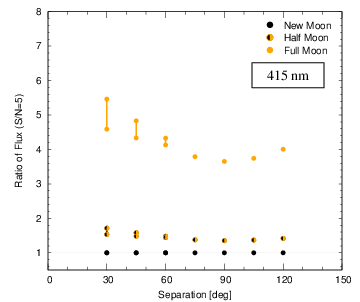 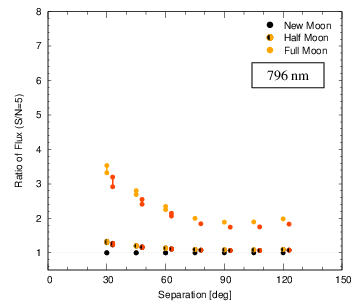 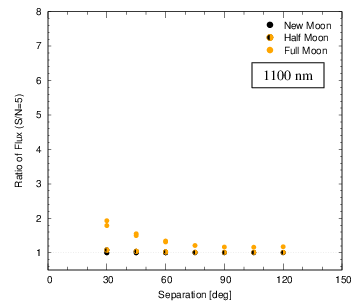 Fig.5. The same as Fig. 4, but for a emission line with sigma=70 km/s. The ratio of the limiting flux to a dark night is plotted.