The PFS spectrograph system, consisting of four identical modules, will be accommodated in a designated clean room on the fourth floor of the Subaru telescope enclosure building. Envisioning the delivery of the first modules in 2017, we have been developing the design and implementation plan of the floor and clean room. After we had a design review meeting in August 2015 in Hilo, Hawaii, we are now stepping into the production and implementation phase.

In fact, until May 2016, this floor was used for the spectrograph system of “FMOS”, which is a fiber-fed multi-object spectrograph having been delivering unique data for a variety of astronomical researchers since May 2010 (so it is a predecessor of PFS). Because the PFS spectrograph system is much heavier than FMOS (over 4 tons in total!) and the layout of the hardware components on the floor is very different, the floor needs to be restructured and reinforced. The renovation work was started immediately after FMOS was decommissioned in May 2016, and as the first step, the FMOS spectrograph system was entirely removed from the floor. 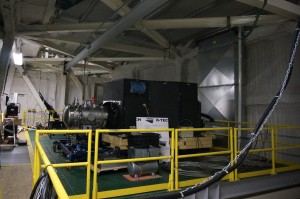 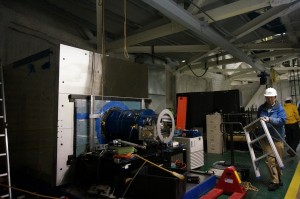 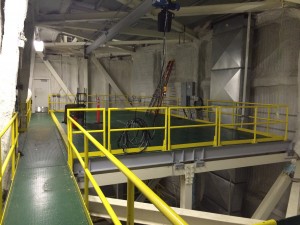 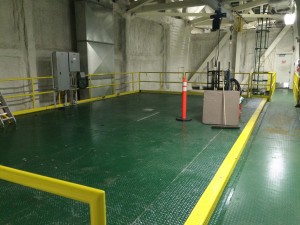 (Pictures of the fourth floor. Tops are before removal, and bottoms are after it.)

Its emptiness and calm may make you feel depressed, but only temporarily — the fourth floor will be reborn in early 2017 with additional facilities such as a new hatch as well as the PFS clean room, and then the PFS spectrograph modules will start coming.

With its much larger field of view, higher multiplicity and wider wavelength coverage, PFS will be a powerful successor of FMOS and join the lineup of the instrument at the Subaru Telescope observatory.