PFS is a spectrometer that disperses light and measures the intensity as a function of wavelength using photosensitive detectors. The operational bandpass for the PFS instrument covers the wavelengths from 380nm to 1260nm. The light delivered to the spectrograph is initially separated into three channels of blue, red, and near-infrared (NIR) by two dichroic mirrors. Each channel is deflected to the blue, red, and NIR camera, respectively, and spectral images are formed on the detectors

The detectors used in the blue and red cameras are CCDs (Charge Coupled Devices). These devices are commonly used in astronomical applications and have considerable heritage. Hyper Suprime Camera (HSC), the sister instrument of PFS on Subaru, uses a mosaic of more than a hundred CCDs. In fact, PFS in the red channel will use the same CCD as HSC mitigating technical risks

Since the CCD is only photo-sensitive out to 1000nm, and the PFS NIR camera operates from 940nm to 1260nm, a different type of detector sensitive to longer wavelengths is required. The IR detector measures photons by the same principle (i.e. photoelectric effect) as the CCD, and it also has a reasonably long history of use in astronomy. But there are significant differences from CCD such as the type of photosensitive material, and the architecture of the device. Therefore the development of the NIR detectors requires different processes beginning from the procurement all the way through to their operation and characterization

The NIR detector system for PFS is being developed and characterized mainly by Prof. James E. Gunn and Craig Loomis at Princeton University and Murdock Hart at Johns Hopkins Universities (JHU). The NIR cameras will use the H4RG devices manufactured by Teledyne Imaging Sensors. 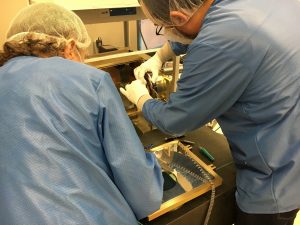 The science-grade devices for PFS have already been procured, and in March 2017, an image was successfully read out from one of them. Currently we are working on the characterization of the detector system and the optimization of its operation. 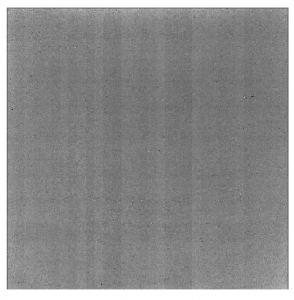 Figure 2: A frame at about half full well, showing the really excellent cosmetic characteristics of the device.